We visit rural areas where villagers live side-by-side with wildlife. Our work helps to prevent the transmission of rabies and canine distemper: diseases which can decimate wildlife including the African Wild Dog, lions, leopards and cheetahs.
Outside of major towns there is little or no veterinary facilities. Government vets pass through rural areas from time-to-time administering ad hoc rabies vaccinations, but do not vaccinate against other diseases or offer spay/neuter services.
The importance of disease control in domestic dogs
With little access to veterinary care and vaccination, the region’s domestic dogs act as a reservoir for other diseases such as canine distemper virus (CDV). Over the past 30 years CDV has made the jump from domestic dogs and now has a very wide host range, including canids such as jackals and the African wild dog, and felids including lions, leopards and cheetahs. 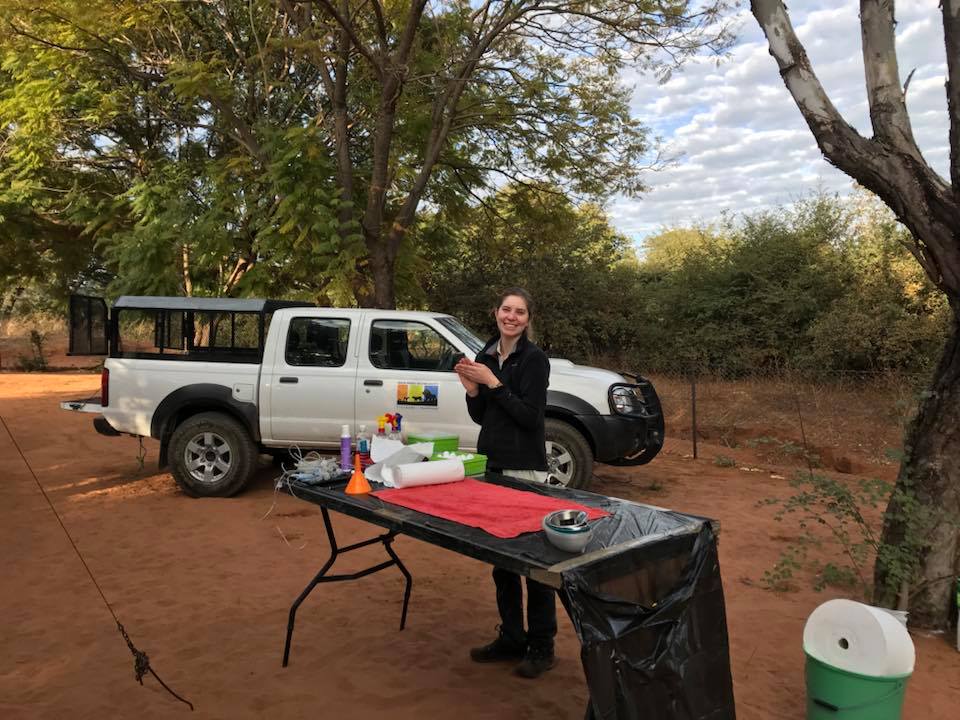 CDV is extremely contagious and almost always fatal. The disease is spread by aerosol which makes control difficult. Animals can sometimes survive but can excrete the virus for months meaning they are a potential transmission threat for up to 6 months or longer. The virus is killed by heat and disinfection but can last a long time in shady areas and body tissues. As the virus is most predominantly excreted from the nose a major route of transmission is in shared water and food sources.
Due to the proximity of pastoralist farming communities to the semi-unfenced wildlife areas of the Okavango Delta, there is a strong likelihood of disease transmission from the domestic dog to wildlife. The African wild dog is extremely susceptible to CDV, and with just an estimated 3,000 of these endangered animals left in Botswana (5,000 worldwide), even the loss of a handful of the population would be statistically significant. The disease usually has an incubation period of around 1-2 weeks (but this can be as long as 4-5 weeks) and could be carried deep into wildlife areas before any symptoms could be detected. The high levels of mortality would then result in large numbers of wildlife dying a very painful and unpleasant death.
We believe the solution to this problem is to ringfence Botswana’s National Parks and Game Reserves with a perimeter of vaccinated domestic dogs. If we achieve a vaccination rate of more than 70% of the domestic dog population, the disease is unlikely to spread.